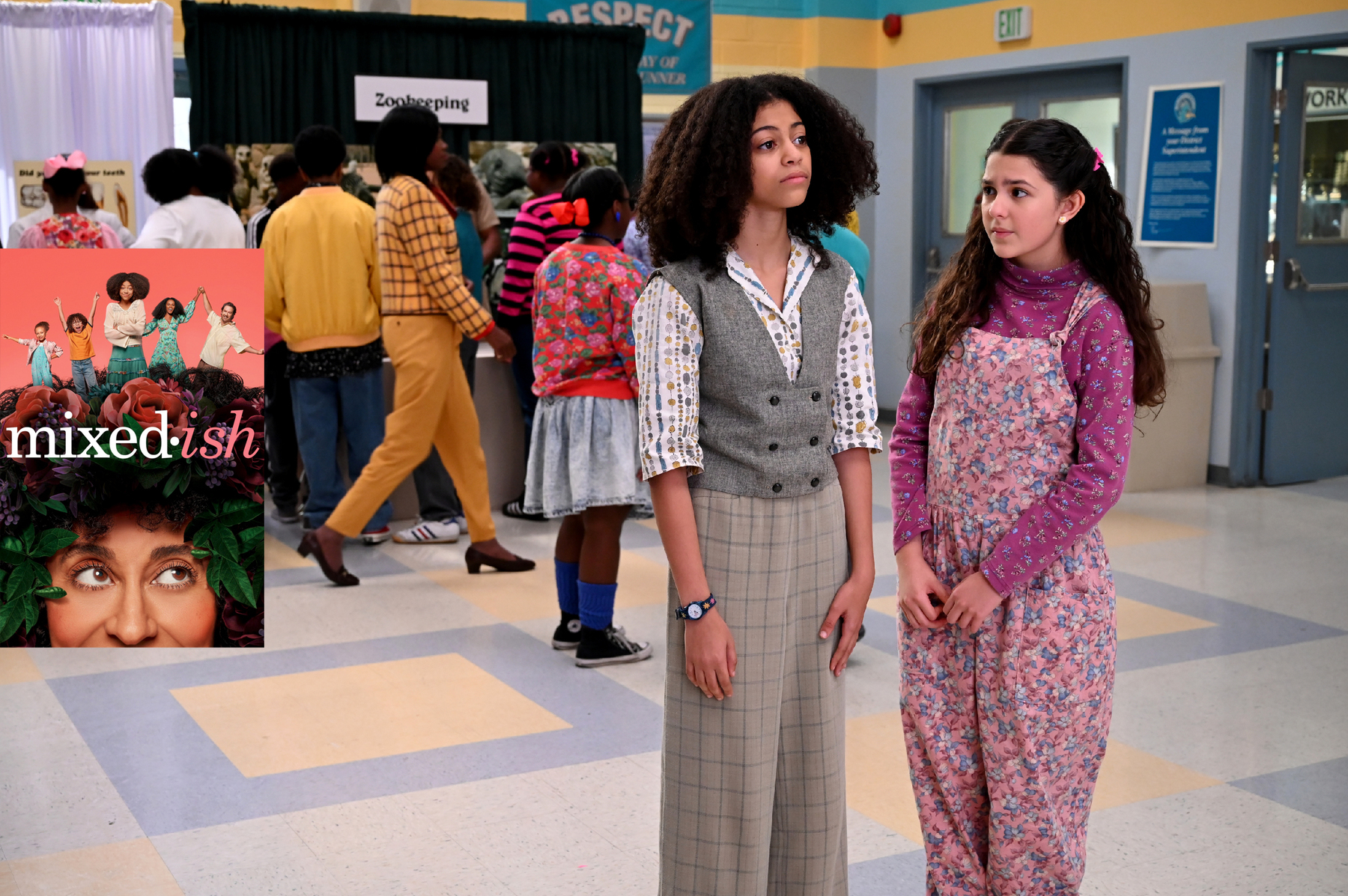 MIXED-ISH - "Weird Science" - Rainbow's passion for science deflates when her peers convince her that science isn't cool. During Career Day, Rainbow code-switches and pursues journalism in order to fit in, only to find that the local news anchor attending the fair has also been hiding a part of herself. Meanwhile, Harrison works to mold a testimony from Denise who struggles to be anyone but herself, and Santamonica tries to steal the spotlight back after Johan suffers an injury on "mixed-ish," airing TUESDAY, NOV. 19 (9:00-9:30 p.m. EST), on ABC. (ABC/John Fleenor) ARICA HIMMEL, PAULET DEL CASTILLO